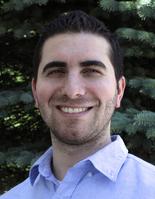 Melissa graduated from Bryant University with a Bachelor of Science in Business Administration in 1993 and spent the next several years working in the health care field, with an interest in working with people and helping others.  In 1997, she started her journey, attending the University of Rhode Island and graduating in 2000 with a Master of Science in Physical Therapy.  Over the next several years, she worked in the Washington, DC area in an outpatient PT clinic until returning to Rhode Island in 2002 where she continued to work in outpatient and skilled nursing facilities.  In 2009, Melissa opened Complete Body Physical Therapy in Burrillville, RI and the practice has grown into a larger space within a couple of years.  Her practice specialties include orthopedics and post-surgical rehab with a particular focus on postural awareness.  She became a certified kinesiotaping practioner (CKTP) in 2011.  In 2017, Melissa took Dr. Ma's integrative dry needling course to widen her skill base in order to help patients with a variety of musculoskeletal and neuromuscular conditions.

Melissa enjoys working with all patients, looking at the entire patient so that their dysfunction is addressed along with any contributing factors, such as flexibility or posture for their return to full function while preventing future injuries.

Matt graduated from the University of Rhode Island in 2011 with a Bachelor of Arts in Journalism.  With a new found interest in physical therapy, he decided to return to school and received his Associates as a Physical Therapy Assistant in 2015 from New England Institute of Technology.


Matt joined Complete Body Physical Therapy in March 2015.  He has recently started to attend courses addressing manual techniques for the spine and extremities.  ​

​​Complete care for a complete body. 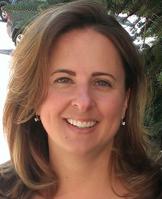